How Do Search and Social Media Intersect?

I recently had the privilege of presenting at PubCon in a session entitled How Do Social Media & Search Intersect? where two questions were pondered – “Does social media prevent the need for search?” and “Does social media play an important role in search?”

Following is a summary of what I presented which includes some practical tips, information from a client case study and some interesting interaction and responses from the Twitter community.

Does Social Media Prevent the Need For Search?

Now that sites like Facebook and Twitter have become so popular, do companies still need to worry about search? I put this question out on Twitter and here are some of the best responses I received:

My own answer to the question is “Absolutely not!” Organic and paid search are still huge and by far the largest driver of web-based traffic, at least for us as well as our clients. The “All Traffic” Google Analytics report from the case study I showed confirms this.

Out of the top ten referrers of traffic five are search engines with Google organic and paid holding the top two spots. Look at who is in the tenth spot however.

While 1,271 visitors may be insignificant compared to 31,780 Google organic sent, keep in mind that this client has only been on Facebook for about a year and really only recently begun utilizing it as a marketing channel.

Does Social Media Play an Important Role In Search?

This leads me to a second question and that is, “Does social media play an important role in search?” Once again I deferred to Twitter for some answers.

My own answer to this question is “Yes indeed!” In fact, just try searching for any brand name you know is engaged in social media and you are sure to see a mix of their own site(s) along with their social media profiles showing up in the SERPs.

One would have to be completely naive not to recognize how popular social media has become and not try to somehow tap into their communities. 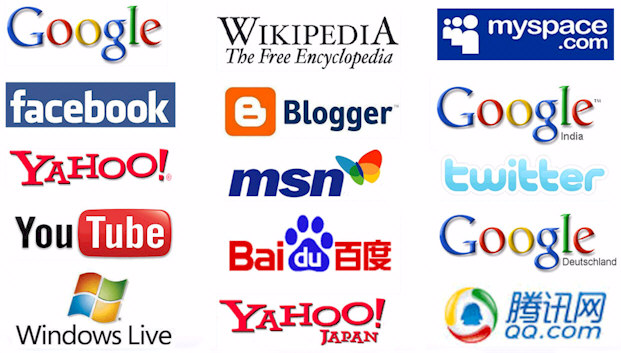 Represented above are the top 15 Internet properties according to Alexa in October 2009. Notice who is sitting in the number two spot just under Google ? That’s right – it’s Facebook, now more popular than Yahoo, MySpace and many others. In fact, there are five social media sites sitting there in the top 15. To ignore these sites in your marketing strategy is to miss out on a huge amount of the population.

According to eMarketer, a combined 99% or surveyed online retailers currently employ (86%) or plan to employ (13%) Facebook fan pages. Similar stats hold true for Twitter. 65% are already using Twitter and 26% are planning on getting in on the action as well. In fact, if survey results are to be trusted, nearly all online retailers will have Facebook fan pages and 91% will be on Twitter by 2011. I wish the same could be said of SMBs (small to medium size businesses) but the reality is that the number are much lower.

Why Are Companies Still Reluctant To Embrace Social Media? 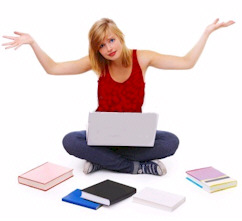 If a company has an online presence, they should have a blog. One of the most common excuses I hear website managers use revolves around them feeling they have nothing to say. It certainly can’t be cost as most blogging platforms are completely free (i.e., WordPress, Movable Type). However is not having anything to say really a valid excuse? Even an online retailer can use a blog in the following ways:

2. Gossip – “We’re leery about what people might say about us” 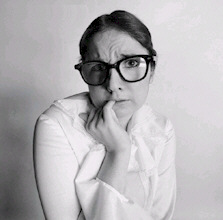 If you have been in business for any length of time, people are already talking about you. So you might as well join the conversation rather than ducking your head in the sand.

I love to tell the story of when I was watching the Cardinals play the Steelers in the last Super Bowl and I decided to tweet, “I better not see any Ford, Chrysler or GM Super Bowl ads,” you know, because they took the taxpayer bailout money. Not even 30 seconds later, a guy named Scott Monty replied to my tweet and asked me why I would be concerned over Ford ads as they did not take any bailout money. Of course I apologized and corrected my tweet to include only Chrysler and GM. However I was impressed that someone working for Ford would be watching out for mentions of them on Twitter, even during the Superbowl. That’s impressive!

I’m sure people used to say the same thing about web sites themselves but nowadays, almost every company has someone managing their web sites. Now has come the time for companies to employ people or other companies to manage their social media activity.

How Are Companies Using Social Media?

Once again, I went to Twitter to see what others had to say regarding how companies are utilizing social media. This is what they had to say.

So the conclusion of the matter is – use search to stand out but use social media to build community and brand loyalty.