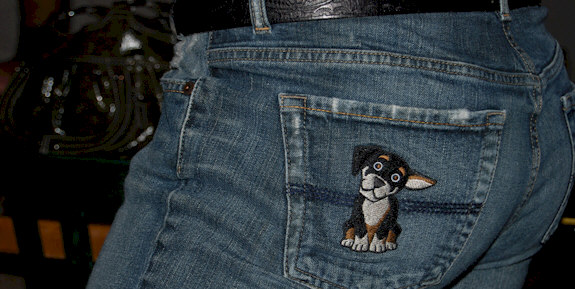 I’m freshly back from attending the 2nd Small Business Unleashed conference, this one held in Columbus Ohio where I served as one of four live-bloggers covering the sessions and workshops presented there. Like the first conference, this one proved to be an excellent time for learning, sharing and networking with small business owners from around the globe (one guy came from Australia). Out of all the conferences I attend, I have to say that this one is my favorite not only because of the quality, but the intimacy it provides seeing it is a much smaller conference than some of its larger counterparts.

A Bit of Fun Prior To Conference

My beautiful wife and business partner so graciously attended this trip with me. Because I am a roller coaster enthusiast, the original plan was to fly in to Cincinnati and visit Kings Island amusement park and maybe Kentucky Kingdom as well. I had yet to visit either park and the combination of the both of them would offer me the opportunity to increase my coaster count (yes I count them) by 19.

Unfortunately those plans had to be changed due to the fact that both parks would be closed for the fall/winter season at the time we’d be in the area for the conference. So instead, we decided to fly into Cleveland and drive to Sandusky so we could visit Cedar Point – the roller coaster capital of the world. While their regular season had ended, they would still be open for what they call “Halloweekends” through Halloween. As you might guess, that accompanies all sorts of Halloween festivities including ghosts and ghouls, live shows, haunted houses and even haunting specific areas of the park when evening fell. 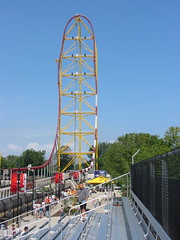 I had already been to Cedar Point the same year they opened Top Thrill Dragster, however Irma had never been. Additionally Cedar Point had put in a new coaster since my last visit that I had to experience. It is called Maverick and won a best new ride/attraction award in 2007.

I also discovered that the Columbus Zoo, home of famous animal expert Jack Hannah, had a small family figure eight wooden coaster. That means I would be able to re-visit some of my favorite coasters on the planet as well as add two new ones to my list.

So we flew in Friday evening to the Cleveland Airport, rented a car and drove to Sandusky. The following day we headed to the park for what ended up being a very busy day. We arrived around 11 am and did not leave until about 10:30 pm. The park was so crowded that it ended up being a pretty taxing day on our bodies and energy levels. We did get to ride 7 of the parks 17 coasters including Top Thrill Dragster, Magnum XL 200, Gemini, Millennium Force (my favorite steel coaster), Wicked Twister, Blue Streak and finally after a long dinner break, the new one Maverick.

I think we were doing well up to about 8pm and even managed in all that time to have a nice dinner at the Friday’s restaurant located at the Hotel Breakers, walk on the shoreline of Lake Erie, visit one haunted maze as well as see a magic comedy show. Then we decided to head back up the peninsula to ride Maverick as it had been broken earlier in the day. To make a long story short, we waited and hour and a half to ride this thing. Most would think that is crazy however, it had to be done as I couldn’t leave the park without riding Cedar Point’s newest roller coaster.

How was it? It was rich – let me say that. A smooth ride but lots of very quick turns which can rattle you if you are not expecting them. And because it was dark as well as foggy from the smoke they were pumping into that area of the park as part of its “haunting,” it was difficult to predict what was going to happen next. I enjoyed it – Irma hated it, but we rode it and that was a major accomplishment in and of itself.

The next day we began our drive down to Columbus from Sandusky. In the two hours or so it took us to drive down there, we viewed some gorgeous scenery, driving through lush farmlands and small towns. When we finally arrived at our hotel, I dropped Irma off and headed over to the Columbus Zoo so I could ride their little family wooden coaster – Sea Dragon. I arrived about 50 minutes before the park was closing which kind of baffled the guy at the ticket booth. However when I told him the only thing I had come to do is ride their wooden coaster, he accommodated me. I asked him if I could get a discounted admission seeing the park was closing in 50 minutes or so and he said he could not. The parking lot guard did let me in the park without paying the $5 parking fee so that was cool. I paid my $10 admission and bought two rides at $2 apiece and hurried to where the coaster was located.

On To the Conference 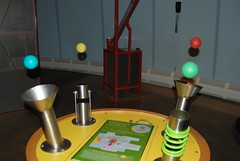 That evening we attended a charity dinner, designed to allow SBMU conference attendees, speakers, staff and live bloggers to get together, all while raising funds for COSI, a facility that provides an exciting and informative atmosphere for those of all ages to discover more about our environment, our accomplishments, our heritage, and ourselves. This was accomplished by charging $20 a head for the dinner and also auctioning off several items that had been donated for that very cause. I bid on an external hard drive but was beat out at the last minute.

After the charity event, Irma and myself called it an early night, at least as far as hanging out with friends as we were still pretty worn out from the prior day at Cedar Point. 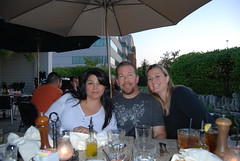 Besides some really excellent sessions and workshops, let me say that SBMU feeds its attendees like no other conference. Yes meals are included. Each morning there was an excellent selection of pastries, including some awesome buttermilk bars of which I partook of, as well as juices, tea and coffees. Lunches far exceed the box style lunches of SES with the first day including macaroni salad and a variety of sandwich wraps and the second day including tossed Italian salad, rigatoni and tortellini with choice of red or Alfredo sauces. Dinner on Monday night was held at The Polaris Grill and was sensational. Thanks to Search Influence for sponsoring a most delightful time of excellent food, drink and games. 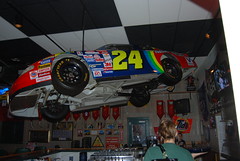 After the conference was over, a group of speakers, live bloggers and other SBMU staff headed out to dinner at a very unique place called Quaker Steak and Lube. It is a motor sport themed family restaurant in which they not only have motorsports memorabilia but actual cars up on lifts, hanging from the walls and even hanging from the ceiling. Check out a separate post on my personal blog with pictures I captured from this most intriguing dining experience. Many thanks to Robert, Jennifer and crew for treating us to another excellent time of food and fun.

The evening ended with most of us heading back to the hotel lobby where we enjoyed some beers, margaritas, and networking all while the classic Blazing Saddles played on the plasma screen TV located in the lobby.

I’ll end this post with some shout-outs, first to those dear friends and colleagues I already know and then to some new folks I met for the first time.

I probably missed somebody so if I did, please stop by and comment so I can edit this post. You can also check out all the photos Irma and I took at my Flickr account.