How To Promote Yourself on Social Sites Without Actually “Promoting Yourself”

I was recently asked the question, “How do you market your company on social news / bookmarking sites without appearing like a spammer?” This is a great question — one that has a pretty straightforward answer but which also requires a lot of work. Why? Because it is easy to sign up for a social bookmarking site and simply submit your own “stuff.” Submitting your own stuff does however not guarantee that your efforts will be successful. There is actually a lot more to it. 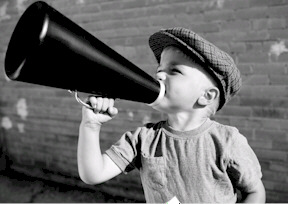 If I could sum up in two words how to be promote yourself on sites such as Digg, Mixx, StumbleUpon, Reddit, Twitter and the others without actually promoting yourself, I would say, “Get involved!” And how does one actually get involved in a social news / bookmarking site? By being an active member of the community.

It is really no different than web forums which are still around but are quickly being replaced with social media. Typical profile of a web forum spammer – they join an active forum and do nothing else but toot their own horn. This typically consists on dropping links to their own site(s), promoting their own products or services or even in feeble attempt to help or provide advice, invite other forum members to their own sites for “more information” rather than keeping the conversation going on the forum itself.

I see the same scenario happen over and over again with social news and bookmarking sites. Here are a few indicators that someone is there merely for self promotion and/or gain:

While there may be rare occurrences where this type of behavior has some measure of success, most often it fails. That is due to the fact that success with social sites is largely dependent on the community itself.

So how does one promote themselves on these site properly? The essential ingredient is to become involved in the community. Instead of just submitting your own content all the time, submit and vote on other people’s content. Also get involved in the conversation (commenting on submissions), friend those you know or who have similar interests as you and even help combat spam (where applicable).

When these things become your regular practice, it then becomes easy and even perfectly acceptable to “slip” your own content in from time to time. Your content will also have more merit because you yourself are viewed as a respectable member of the community.

I would also advise one to pick and choose which social news / bookmarking sites you want to spend your time on. Sure there are tools a plenty that will allow you to submit content to multiple social sites, all with the click of a button. However, rather than quantity you should concern yourself over quality. In other words focus your efforts on the social sites you are going to be involved in and sites that going to be related to the content you are submitting (i.e. don’t submit an article on power tools to social site geared towards women).

Bottom line to to actually use social sites for what they were intended for. Add value to the community and the community will pay you back.