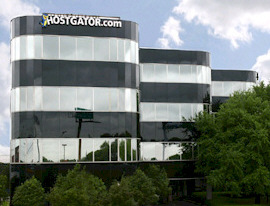 This is why I have to tip my hat to HostGator (our current host) who time and time again has utilized every effort to provide the very best in customer service. One of their most effective efforts has been Twitter.

Case in point: Yesterday the Hostgator offices experienced a power failure. Even though they have a back up generator, for some reason power was not being transferred to their office. No power, no computers and even worse – no phones. The power outage did not affect the servers that host sites as those are in separate state of the art data centers. It did affect their ability to provide support however both online and via phones.

Rather than just curl up in a ball and hide as most hosting companies do when they experience technical glitches, HostGator utilized Twitter to not only keep customers informed as to what was happening but to interact with them as well.

This is not the first time HostGator has used Twitter to communicate with customers. They do it all the time – even when they are not experiencing some kind of technical difficulty. What impressed me about yesterday’s incident is that someone on staff there was using their Blackberry to update their Twitter feed. Now that’s great customer service!

Here was the initial announcement.

While not a complete list of all the tweets HostGator posted, here is a summary of them updating customers (and whoever else is following them) as to what was going on and the steps they were taking to remedy the situation.

The tweet below is one of quite a few where HostGator is interacting with clients.

Letting customers know that they have updated phone systems, most likely with message that they can’t answer phones.

Tweet below reveals that they have discovered what went wrong.

Power has been restored.

And finally, everything is back to normal.