WordPress by default “nofollows” all links within blog comments. This includes whatever is added to the URL field of the comment form (if applicable) as well as any links that are dropped within the actual comments themselves. While there are measures that can be taken to remove the rel=”nofollow” from links in WordPress blog comments, it has typically been “all or nothing.” 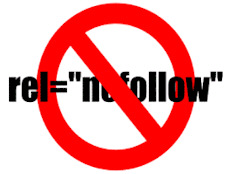 The plug-in is simply called “WordPress Nofollow SEO-Plugin : Nofollow Case by Case” and as the title suggests, allows you to have a choice whether to follow or not follow links in blog comments on a case by case basis.

And why is this important? Well if you are like me, you like to reward good comments with a followed link back to the commenter’s site. This policy will also encourage people to comment, although sometimes for the wrong reasons.

In the past, we have used the “DoFollow” plug-in to simply remove the nofollow tag from all links left in blog comments. This did require that we pay special attention to what links were dropped but seeing that this blog does not receive a huge amount of comments like some of the more popular blogs do, it has not been a huge problem to edit links, anchor text, and so on and so forth.

However, when Matt Cutts announced in a recent post regarding PageRank sculpting that whether comment links are followed or not, PageRank can be leaked from a site itself (even though nofollowed links are not supposed to pass any PageRank) and also hinted that Google is taking a harder stance on who you are linking to, rewarding the action of linking to authoritative sites but punishing the action of linking to bad sites and even bad neighborhoods, I immediately thought to remove the DoFollow plug-in and nofollow everything – just to be safe.

Here are a few excerpts of what Matt wrote in this post. First he makes the following statement that is already common knowledge:

Then the hypocrisy in a Q&A style end to his post:

Q: If I run a blog and add the nofollow attribute to links left by my commenters, doesn’t that mean less PageRank flows within my site?

A: If you think about it, that’s the way that PageRank worked even before the nofollow attribute.

Finally the comments regarding linking to “spammy” sites:

Q: Okay, but doesn’t this encourage me to link out less? Should I turn off comments on my blog?

A: I wouldn’t recommend closing comments in an attempt to “hoard” your PageRank. In the same way that Google trusts sites less when they link to spammy sites or bad neighborhoods, parts of our system encourage links to good sites.

Confused? I know I was. And I’m not alone.

Instead of removing the DoFollow plug-in, I decided to see if such a plug-in that would allows blog managers a choice in the matter. That is when I came across the “NoFollow Case By Case” plug-in.

While it is not perfect, it does allow you an alternate decision besides “all or nothing.” Install the plug-in, activate it and immediately all links in blog comments will be followed. However, you can edit new and existing comments by adding a ‘dontfollow’ after any URL and the plug-in will add the rel=”nofollow” tag to that link without changing the original link itself.

I do wish the plug-in would automatically keep WordPress’s nofollow tag in place and allow you to selectively follow links in comments and not the other way around. I also wish the plug-in added a check box to either follow or not follow rather than having to insert ‘dontfollow’ after the links and that the check box would be an option in bulk editing of comments. However, the plug-in is what it is and is certainly better than the “all or nothing” option. Possibly the developers of the plug-in will read this post and upgrade it to contain more features.

While I am certainly concerned over the hypocritical fact that even though nofollowed links are not suppose to pass any PageRank but Google says they still leak PageRank from your site, I am more concerned with linking to bad sites or neighborhoods. And don’t you know it that once we started editing comments, we found that our blog was indeed linking to some bad sites.

In light of Cutt’s announcement, I would imagine many bloggers might rush to either remove all links in comments period or mask them by using JavaScript or hosting comments in i-frames. I for one will continue to allow links in blog comments but am glad that I now have a choice of who to follow and who not to follow.

Any other alternatives? If you know of other plug-ins or hacks, I’d love to hear about them in the comments section of this post.